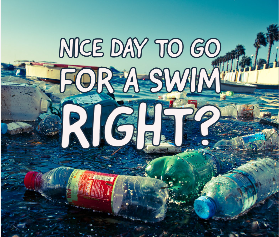 You actually can fix it! All you have to do is try to help promote the people or businesses that are already getting plastic out of the ocean. One business that is really good called the ocean cleanup (link in bibliography) is trying really hard. You can make a blog or website where it promotes them, you can then buy their recycled plastic so that they get more money to get more plastic out of the ocean.

The ocean cleanup puts nets where currents are so that the garbage patches just float right into the nets. A boat comes and empties the net once it is full. They also have a solution to stop garbage from even getting into the ocean. A robot boat called the "interceptor" stops the garbage from leaving rivers, and "intercepts"  it which stops it from even getting into the ocean. Once the boat gets full another boat comes in and takes out the garbage and then makes the plastic into something else and then sells it it (by the way the ocean cleanup is a non profit business.) This is also an example for how you can promote businesses like the ocean cleanup.

#Water2Me, What does water mean to me? Water means clean water to drink and able to eat because all of the animals use water and we eat them. I also love a bunch of water sports and if there is no useable water then I can't swim or any of that.

How is our Chimacum creek doing?

How is Our Chimacum Creek Doing?

At Chimacum elementary us 6th graders test the Chimacum creek every year to see how it is doing. My claim is that our creek is doing amazing because all of the parameters measurements are good for the fish and plants.

My evidence is from 6 different water quality parameters that we use to test the creek, for pH- a good pH is 6-7, our creek is 6-7. Turbidity- a good turbidity is 15-0, our creek is 15-6. Stream Flow- a good stream flow is unknown but fish are still alive so not bad. Conductivity- an acceptable conductivity is 30 to 1500 our creek is 250. Temperature- a  good temperature is 40-60 Fahrenheit, the  creek is 52 degrees. Dissolved oxygen- a good amount of dissolved oxygen is 6-7,our creek is 7-8. The conclusion, is that the creek is doing amazing.

I think this happened because Chimacum has been very good to keep our creek clean and not polluted. My data support my claim because our data from all 6 parameters are in a very good range for keeping fish and plants alive.

This is a map of the Chimacum creek. 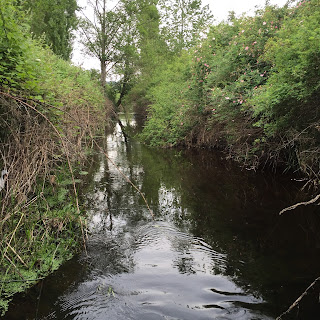 A game of music history

My music questions for you!!!

This is a game of artists and songs of the past, Write your answers in the comments and I will comment back within a week to tell you if your right or wrong. I will give you three questions (I know not much couldn't think of much) and you will answer the best you can. Some will be multiple choice and some will be truth or false.

With these lyrics what song is this by Duran Duran: "It's Discord and rhyme I'm on the hunt".

That was it!!! I'm sure you did an amazing job and sorry I couldn't think of a lot of questions.

I have come up with a story using emojis

Here are the emojis:

Ava was just finishing her soup when she got a call, it was work. They say that she has been fired but didn't say why, it was a very hard job to find and very hard for her to get a job. She wanted to start looking for a new job right away so that she could pay rent. Ava finally found a job at a dance studio where she taught dance and made just enough money to pay rent.

After a few years of teaching her job offered a business trip to teach other dance studios how they teach there students because she was so good at teaching. When she was finished teaching the studios she wanted a vacation.

She first went to a zoo and saw lots of cool animals and when she left she saw something right from the corner of her eye. She looked again and there was a monkey out of it's cage! She went to go tell the owners but then the monkey held its hand as if wanting her to stop. When she looked back at the monkey she could see cuts and some scrapes from bad monkeys taunting and bullying this little monkey. She decided to take it home to her Airbnb where she was staying.

She wanted to get into a new hobby so she picked out a bunch of hobbies and just wanted to go down the list. The first hobby was painting, she wanted to learn how to do it so that she can make paintings and sell them as a side job to make a little bit more money. She started to get frustrated because the monkey kept ruining her paintings and she just could learn how to really paint that well. So she gave the monkey to another zoo. It has been a while and Ava is liking this place so she quits her job at the dance studio and gets an apartment to live in for a while. Now she wants to try another hobby: playing the trumpet. Before she could play she had rent one so as she is walking over to the music store she sees a little puppy that looks abandoned so she says to herself that if it is still here when she gets back then she will take it home and raise it as her own.

Ava walks into the store asks the clerk if she can rent a trumpet and so he hands a box with a trumpet inside to her pays for it and then starts walking home. She sees the dog again so she kept her promise and brought it home with her and the puppy seemed happy to be in a house instead of scared.

Ava has been practicing and trying to learn the trumpet but just can understand it or get it. She gets really sad and gets a bowl of ice cream to think about why she came here and what she is doing until she gets it. She took a vacation to learn and try something new and find what she really wants to do. Then she gets an idea, singing or karaoke.

She gets super happy and wants to rush over to a place for karaoke so she gets in her car and realizes mice were in her car but she cant let anything let her mood down so she scares them away and start driving but goes a little to fast and a cop pulls her over and got a speeding ticket. When she finally gets to the karaoke she sings a few songs and it turns out she loves it and is great at it. She eventually starts a singing career and gets really rich and famous and lives a great life.

That is the end of my story made from my imagination with a little help from emojis.

How is my school handling COVID-19?

Many schools around the world have shut down into online learning and so have ours but I will explain what we do for our time at school.

For online school we get up around 7:00-8:00 and then get into a meeting from 8:45-9:15 for a morning check in kind of thing. Then we do as much work as possible until our meeting at 1:30-2:30 and then you do some more work until really you feel like stopping.

I have 3 teachers for my grade which is 6th grade Science, Math, and ELA/SS. For science we have lots of fun like playing zombie games and doing little science problems. For math we do some things straight from the book and others from my teachers brain which are really fun and I'm sure it is very hard to do to make math problems and give it to us every day. For ELA/SS we write about books that we read learn about history for example we are learning about the Paleolithic age right now and it is super fun.

On a normal day of school without COVID-19 we would go to school get there at 8:40 or if your in Esports playing Minecraft then you would get there at 7:40 or if your doing robotics same thing. So after Esports or Robotics you would get to class. My first period would be science and in 1-2 hours I'm not sure which we go to ELA/SS do what I said we do earlier then go to Math. But I am not really sure because I've never really done it before.

That is how our school handles COVID-19.

Merry Christmas everyone I have made a Christmas card made out of fractals for you and hope you like it!!! If you would like to know the app I used it is called paint you can use it on your computer.

The Spanish Influenza was one of the worst diseases in history, back then they thought it was as bad as the black plague in fact they almost called it the black plague. There is a disease triangle in which is in every disease first is the environment and the environment is what can really help the virus or almost kill it for an example the cold is really good for viruses. Next is the pathogen and that is what the virus is. The last is the host the one that is infected or with the Spanish influenza a human was the host. Here is a graph of the disease triangle.

Click on the picture to see in full screen 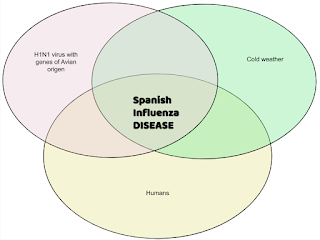 The pathogen for the Spanish Flu was H1N1 with genes of Avian origin. The Spanish Flu is highly contagious just like COVID-19 it is transmitted when someone that is sick coughs, sneezes, or even talks the virus goes into the air and someone breathes it in they have the virus. The symptoms were the typical flu symptoms: Chills, Fever and Fatigue and usually recovered well but when fall came it were the usual symptoms but within hours or a few days they would turn blue and get fluid in there lungs and suffocating them.
There was no effective treatment or drug to treat the virus and there was no cure. 50 million people died from the Spanish flu and 500 millions got infected about 1/3 of the worlds population.
Bibliography:
https://www.youtube.com/watch?v=UDY5COg2P2c
https://www.history.com/topics/world-war-i/1918-flu-pandemic#section_3
https://www.cdc.gov/flu/pandemic-resources/1918-pandemic-h1n1.html 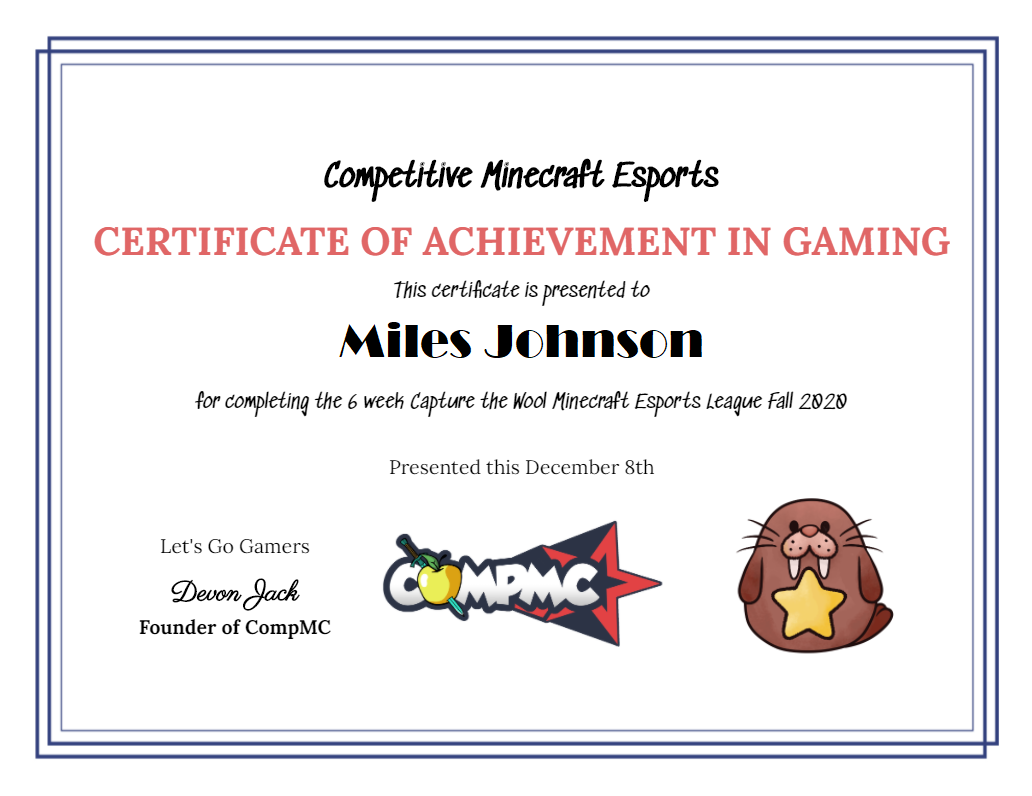